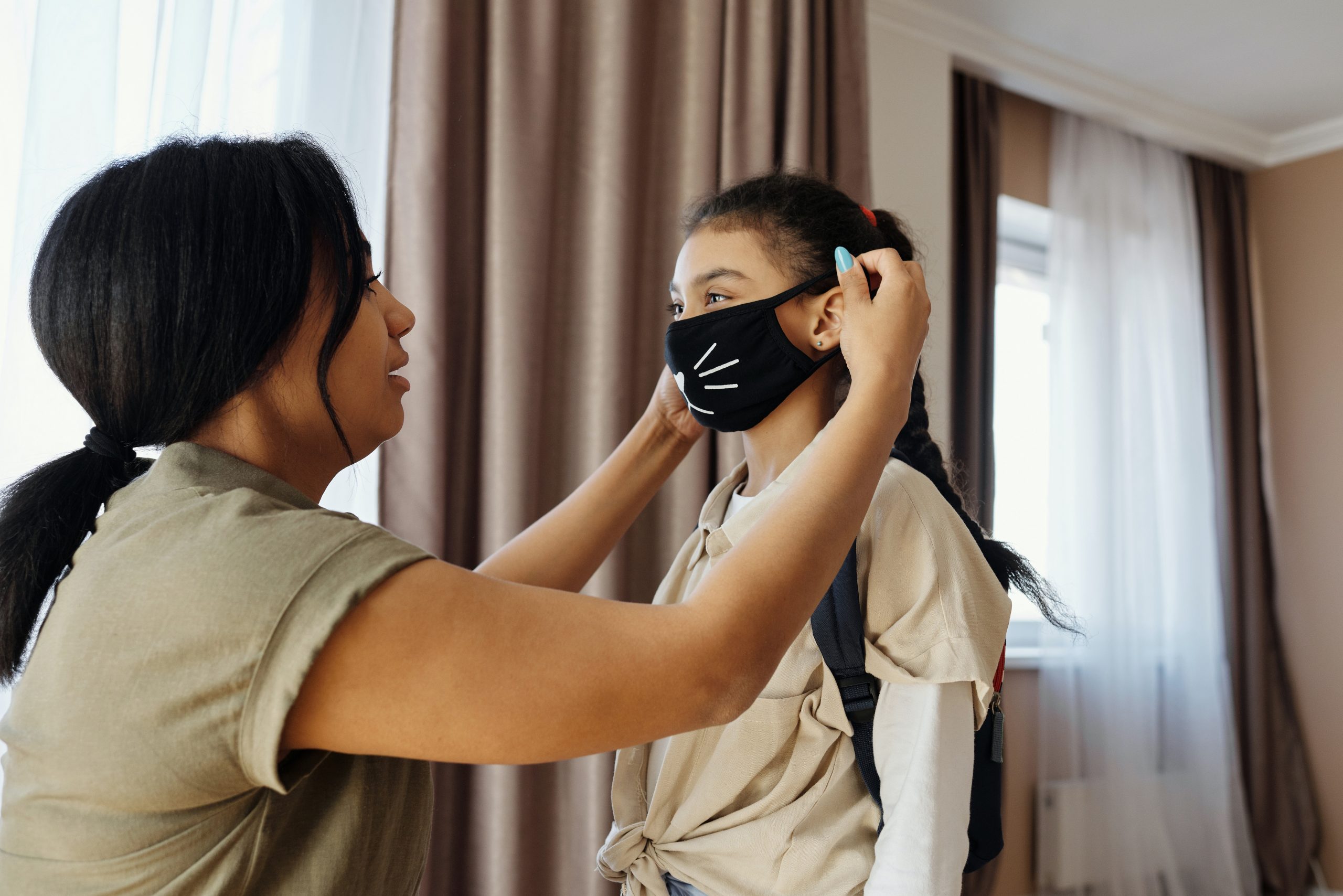 In the first part of a new series on the impact of Covid-19 and variants, NALINI PATHER* says we must prepare for a long journey – and we should lean on our Gospel hope

The third wave of the COVID-19 pandemic due to the Delta variant of the virus is sweeping across the globe. The Delta variant was first detected in India and has now spread to more than 80 countries and continues to mutate.

In the world of health, the spread is neither unexpected nor a surprise. In the last few months, health, science, and government leaders have been following the emergence of these new variants and their transmission rates correlated with rates of vaccination in detail (see image below). The speed at which the Delta variant spreads though is alarming and is a challenge to public health. Where there are low rates of vaccinations, risk of outbreaks from any strain, let alone those that are more transmissible, are high. Even in countries like Israel where life had returned to normal, and the rate of infection was <0.1/100,000 cases prior to April 2021, the Delta variant has created a crisis with >700 cases recorded by the end of June 2021.

The proportion of total number of sequences (not cases), over time, that fall into defined variant groups for India, UK, US and Australia (selected from https://covariants.org/per-country). Variants of Concern include Alpha (B.1.1.7), Beta (B1.351), Gamma (P.1) and Delta (B1.617.2). The Delta variant is shown in green and is spreading across the world. Note of caution in interpreting these graphs: not all samples are representative. Sometimes some samples are more likely to be sequenced for a particular strain than others.

For Australia, this is a risky time too.  In many ways, we have been distanced, both geographically and emotionally, from the hard realities of the pandemic for some time.  Many bio-specialists consider the pandemic worse today than it was a year ago due to the risk of ‘importing’ infection and highly transmissible variants. In countries with much higher rates of vaccination than ours (ours currently is ±12% of the population with at least 1 dose), the Delta variant is of great concern.  Very preliminary data is suggesting that those who have been vaccinated can be asymptomatic but transmit this strain of the virus, and that children are not as protected from this strain as compared to previous strains.

At present, it is the Delta variant of the virus that is a cause of the greatest concern world-wide. This variant is said to have increased transmissibility (about 60% more than the Alpha variant) stronger binding to lung cell receptors and the potential to reduce the monoclonal antibody response. The Delta variant is also mutating fast and there are signs that it can provoke different symptoms to the ones we have been on the lookout for with COVID, and in some cases, worryingly, no symptoms.  Some of the updated symptoms in the CDC list include headache, fatigue, muscle ache, sore throat, nausea etc.

Even before this COVID strain arrived in Australia some weeks ago, the impact of the pandemic has been of great concern.  The Australian Bureau of Statistics summarised some of the quantitative impacts of the pandemic on Australians in a very useful infographic animation linked here. Below is an abridged version displaying only the June-July 2020 period, when the GDP dropped by a record 7% and unemployment peaked at 7.5%, the highest in over 20 years.  By August 2020, the second wave of the pandemic struck, especially impacting Victoria. Even with this, Australia has been among the more successful nations in the world in containing the spread of the virus thus far.

The personal impacts of the pandemic, however, are more deep-seated and long lasting. The same ABS survey demonstrated that, over the period of the pandemic, 12% of employed people were working more hours and 24%, fewer hours. Anxiety over personal safety and security increased. Lifeline, for example, received a 20% increase in call volume over the pandemic. At another level, the stress on families and relationships were concerning.  ‘Women’s Safety NSW’, for example, in a survey of domestic violence frontline workers and service providers, reported a 40% increase in client numbers since the introduction of state-wide isolation regulations. In an attempt to mitigate this, the Commonwealth allocated Au$150 million to support services. Not unsurprisingly then, parent-related disputes in providing care and safety for children increased: 39% increase in Family Court of Australia and 23% increase in Federal Circuit Court of Australia. These cases were so urgent that special arrangements had to be made to hear them digitally. (Read more about these and other impacts of the pandemic on the social cohesion of Australia in ‘Mapping the Social Cohesion’ Report from the Scanlon Foundation or watch the summary video).

A positive result reported in this survey is that 92% of people felt a sense of belonging to Australia; 84% in July 2020 and 88% in November 2020 felt that conditions in their local neighbours have improved and that people were willing to help their neighbours; higher than for the same time in previous years.

The road ahead is (very) long. For perspective, it took about 13 years to eradicate the smallpox virus.  The road will be filled with twists and turns as data is analysed and understood; we need to prepare intentionally for the long journey.

The data above indicates that communities are vitally important in dealing with the challenges of COVID that lie ahead. Church leaders, and church communities, can contribute, and do so in a way that simultaneously cares for everyone and is distinctively Christian. Our theology gives us three compass points which can help us navigate the twists and turns of this long, exhausting, frightening, uncertain journey: the image of God, the sovereignty of God, and the gospel of God. The next three posts in this series will look more at each of them.

But for now, here are a few things for us to consider keeping our focus on:

And we know that in all things God works for the good of those who love him, who have been called according to his purpose. For those God foreknew he also predestined to be conformed to the image of his Son, that he might be the firstborn among many brothers and sisters. And those he predestined, he also called; those he called, he also justified; those he justified, he also glorified. (Romans 8:28-30)

*The writer, Nalini Pather, is a senior academic in medical sciences at the University of NSW. She holds a doctoral degree in cell biology and additional postgraduate qualifications in clinical anatomy, and university learning and teaching. Her areas of research include applied anatomy and medical imaging, medical education and ethics. Nalini serves on the Gospel, Society and Culture committee.

Here are the links to other blogs in the series

Part 2 The image of God and caring for others

Part 3 God frames our response to the pandemic

Understanding the virus and vaccines