VACCINES: IS THERE A PROBLEM?

PART 3 in a series of blogs navigating the issues around vaccinations.

Over the last few decades, more and more people around the world have become nervous about vaccinations. In her recent book Stuck: How Vaccine Rumors Start—and Why They Don’t Go Away (Oxford University Press, 2020), Heidi Larson writes that “Today we are in the paradoxical situation of having better vaccine science and more vaccine safety regulations and processes than ever before, but a doubting public.”  She traces some of the incidents which have formed this trend.

Early this century Australian researchers developed a vaccine for Human papillomavirus (HPV). HPV can cause cervical cancer. By 2007 the vaccine was promoted in many nations around the world. In March 2013 a class of 50 girls in Japan experienced muscle spasms, headaches, and tiredness after receiving the vaccine. This was followed by a national campaign against the vaccine which led the Japanese parliament to suspend the vaccination program. The program has never been reinstituted, HPV vaccine rates have dropped to less than 1% of the population and rates of cervical cancer appear to be rising.

During the Ebola outbreak in West Africa in 2013–2016 vaccine trials had to be suspended due to popular suspicions that they were, in fact, plots to infect people.

In 2017 the manufacturer of a dengue vaccine announced that it could have some serious side effects. In the Philippines, this triggered widespread panic and political feuds which exaggerated the risks and led to a collapse in confidence in vaccines. It is suspected that the drop in vaccination rates led to a recent rise in measles.

The Pacific nation of Samoa has had an erosion of trust in vaccines over the last several years with vaccination rates of one-year olds dropping from about 85% in 2015 to 60% in 2017. The rate then plummeted to 30% after July 2018 when two babies in Samoa died as the result of an incorrectly prepared Measles, Mumps, Rubella (MMR) vaccine and the Samoan government suspended the national vaccination programme for 10 months. By the end of 2019 the country experienced a measles epidemic with 5,700 cases and 83 deaths in a population of 200,000. The government declared a state of emergency and launched a mass vaccination campaign.

Recent surveys suggest that in the USA less than 50 percent of people are currently willing to take a Covid-19 vaccine if it is available. In Europe about 20% of respondents in a Swiss survey indicated they would refuse a vaccine and there was a similar figure in France. A YouGov poll in the UK indicated nearly one in six British adults said they would either probably or definitely reject a COVID-19 vaccine with  another 15% who were not sure. In Australia confidence in possible vaccines seems to be considerably higher with over 85% of people indicating they will receive a vaccine.

In our previous post, we argued that vaccines are a blessing from God. Yet many people, including some Christians, are hesitant about receiving vaccination or allowing their children to be vaccinated.

So why are people hesitant about vaccination? Some of the reasons are based on poor or misleading information, some reflect a general mistrust of authorities and others are serious ethical or religious concerns. The discussion below deals with some of the misunderstandings and issues of mistrust. The next post looks at the specific ethical concerns about the use of fetal cell lines.

Objection #1: Some vaccines cause autism

In 1998 a paper was published in The Lancet that caused many people to believe that there was a link between the Measles, Mumps, Rubella (MMR) vaccines and autism. The paper claimed that the vaccine caused inflammation of the gut which decreased absorption of nutrients and consequently led to abnormalities in brain development The paper was retracted in 2010, having been found to be fraudulent. The lead author, Andrew Wakefield, was discredited due to misconduct, yet the misconceptions brought about by his paper have persisted. Several subsequent investigations, including one in which more than half a million children born in Denmark were studied, have concluded that there is no causal link between vaccines and autism (read more: Vaccines and Autism: A Tale of Shifting Hypotheses). Further information from the Australian Government Department of Health on autism and MMR vaccines can be found here.

Objection #2: Some vaccines cause autoimmune diseases

The incidence of autoimmune diseases is rising, especially in regions where infectious diseases  are declining (read more in the British Society of Immunology Report). This has led to speculation that vaccines are linked to autoimmune diseases.  It should be noted that side effects of vaccines are rigorously monitored and studied. These studies have concluded that there is no association between vaccines and autoimmune disease except for two very rare conditions.  The two diseases are idiopathic thrombocytopenic purpura (ITP) and Guillain–Barré syndrome. In both of these, the body targets its own cells resulting in an autoimmune disease.  In ITP, the body attacks blood platelets for a short period of time. This decrease in platelets increases the risk of bleeding. Guillain–Barré syndrome results when the body attacks nerve cells. There is evidence that vaccination can trigger these conditions in very rare cases. In both of these conditions, the risk of developing the condition from the infection is significantly greater than from the vaccine. Most people who develop autoimmune disease have no recent history of vaccinations.

Human papillomavirus (HPV) exists in more than 100 strains and is sexually transmitted. It can cause genital warts and cervical cancer. The HPV vaccine, Gardasil 9, protects against nine strains of the HPV virus that cause 90% of cervical cancers in Australia (read more from the Australian Institute of Health and Welfare). The vaccine is freely available in Australia for both girls and boys. It is reportedly effective from as young as 11 years to as old as 45 years.  While only a small portion of infections from the HPV virus lead to cervical cancer, this cancer has a high incidence of mortality.  Some people oppose this vaccine on the basis that vaccination would promote promiscuity and risk taking.  The problem with this view  is that it incorrectly associates cervical cancer with promiscuity and it also assumes that  people who are not promiscuous are ‘safe’. A person can contract an HPV strain from just one sexual contact, which in some circumstances, can be a spouse.  In the US, for example, it is estimated that 1 in every 2 people will carry the virus during the course of their life. There is also no direct evidence that the fear of sexually transmitted diseases, or being vaccinated against HPV affects promiscuous behaviours.

There are other objections to this vaccine – read here. In summary, these include clinical trials not being  long enough to measure the vaccine’s true effect or to determine the  optimum window for vaccination, the duration of efficacy is uncertain, and the number of HPV strains covered by the vaccine is limited. These objections were addressed extensively in recent studies that demonstrated safety and effectiveness of the vaccine – read more here.

Incidentally, Noman Gregg, an Australian ophthalmologist in NSW, was the first to make the landmark link between the  epidemic of congenital birth defects, like cataracts, with the outbreak of German Measles among the army training camps  in 1941. In quick succession other researchers in Australia discovered the link to deafness, heart and brain defects and the like. Gregg’s discovery was revolutionary in understanding that viruses and infections crossed the placenta into the developing baby,  and was 20 years before the rubella virus was identified.

Some Christians feel that receiving vaccines made from animals or animal cell lines breaks the Old Testament purity laws and food laws. Some add to this case by quoting Luke 13:1-2 in which Jesus is told of Galileans who were killed by Pilate while they were offering sacrifices so their blood was mixed with that of their sacrifices. Jesus responds that “Do you think that these Galileans were worse sinners than all the other Galileans because they suffered this way?”, with the implication that they were not worse sinners.

These biblical passages are irrelevant to vaccination. The Galileans are not sinners because they mixed their blood with animal blood. Pilate did that, not them. Jesus does not consider them worse sinners, but uses their fate as a general warning. Some Orthodox Jewish authorities hold that oral vaccines made with pig products are unclean, but they have no concerns about injected vaccines. For Christians, the Old Testament food laws no longer apply (e.g. Acts 10:10-16) and so would not prohibit vaccination even if they were relevant to that question.

Beside the specific objections, vaccine hesitancy also springs from a general sense that governments, international agencies and corporations are forcing people to accept vaccination. This is often coupled with doubts about the reliability of a scientific  or medical consensus. When material which questions vaccines is widely available on the internet, it is not sufficient for medical authorities to simply ask patients or parents to ‘trust’ them.

Christians will recognise that neither government and medical authorities, nor popular opinion, has any monopoly on the truth. We are well-advised to be cautious of both! At present, however, there seems to be more risk from false news which discredits vaccination than from propaganda campaigns in favour.

In Stuck, Heidi Larson argues that vaccine programs need to work very hard to provide good information and to build trust with people. She writes that “The global vaccine enterprise needs to reboot because the assumptions that publics around the world will continue to seek and accept increasing numbers of vaccines because they address a public health goal and save lives is just not good enough. The deeper persisting beliefs about basic freedoms, having a voice, and being respected are incontestable. Vaccines need to have meaning in the context of a complex web of emotions, politics, and principles, owned by the public more than ever.”.

These concerns are related to issues of informed consent, coercion, ethical approval, ownership and commercialisation. These will be addressed in future posts in this series.

*The author, Nalini Pather, is a senior academic in medical sciences at the University of NSW. She holds a doctoral degree in cell biology and additional postgraduate qualifications in clinical anatomy, and university learning and teaching. Her areas of research include applied anatomy and medical imaging, medical education and ethics. Nalini serves on the Gospel, Society and Culture committee. 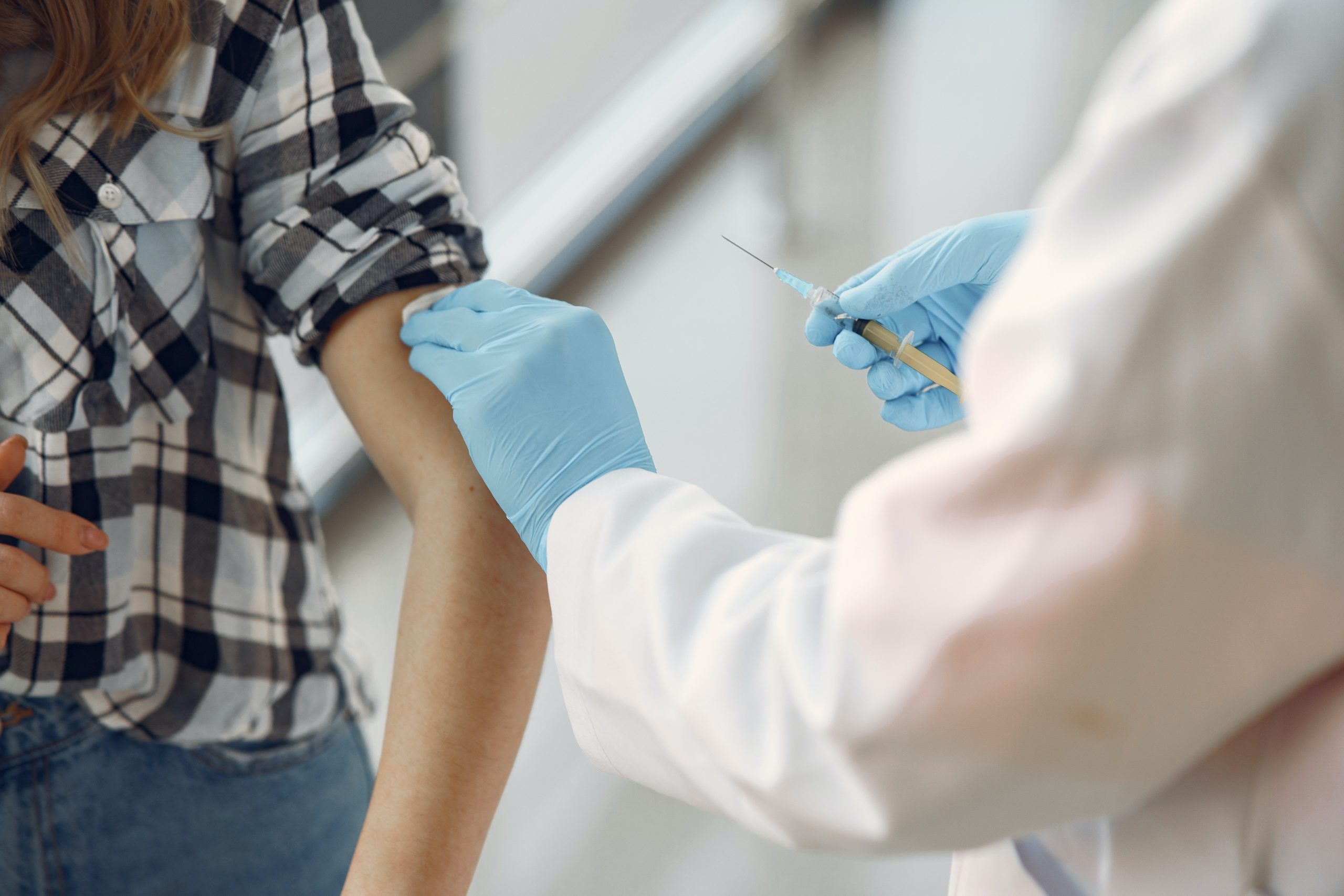 READ BLOG 1 IN THE SERIES HERE

READ BLOG 2 OF THE SERIES HERE 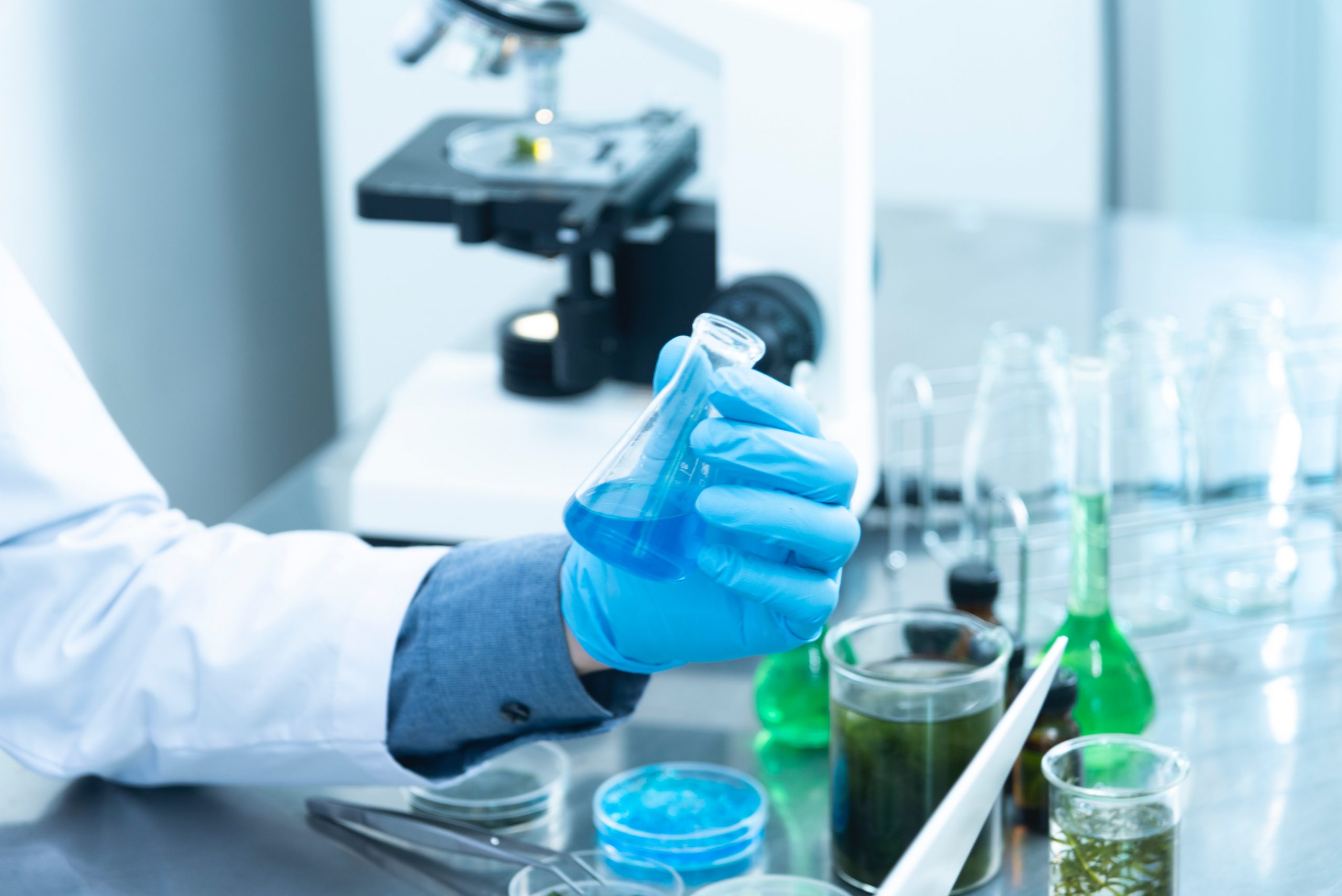 READ BLOG 4 IN THE SERIES HERE 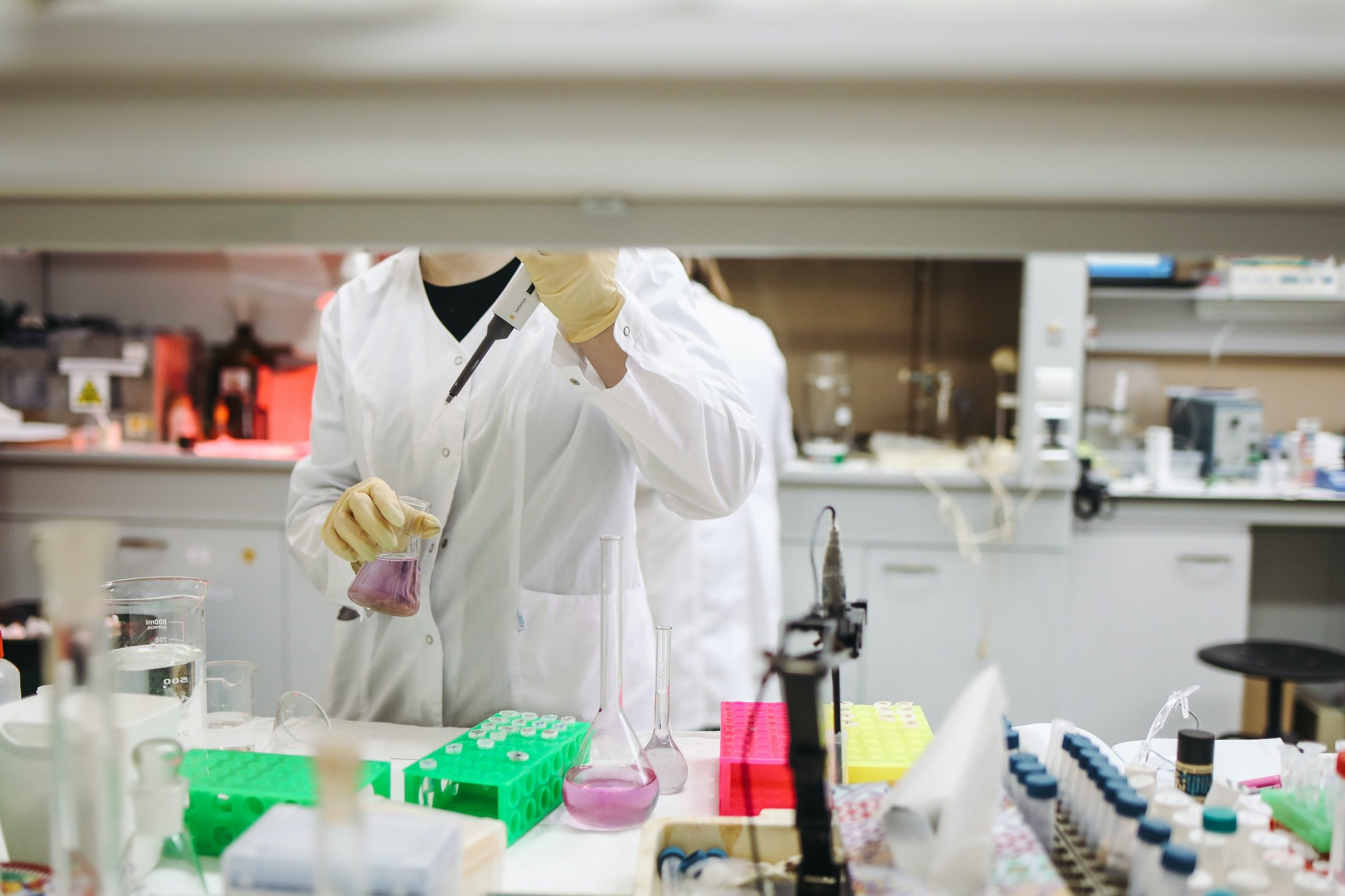 READ BLOG 5 IN THE SERIES HERE

READ BLOG 6 IN THE SERIES HERE