Who are you to judge? 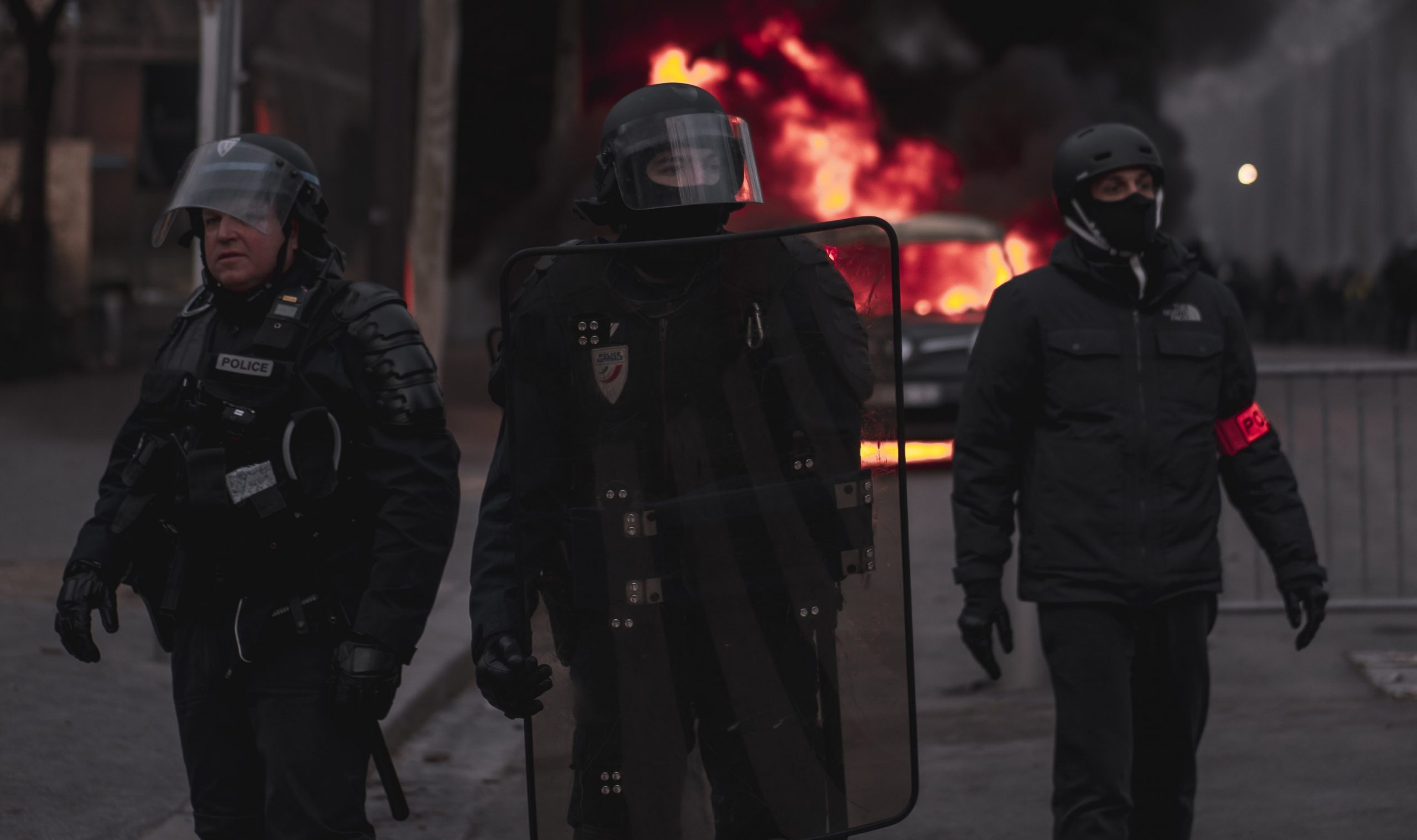 Who is the final divine authority in today’s fractured world? KAMAL WEERAKOON* has the answer – and it’s not atheism!

“Religion poisons everything and causes wars.” When I was in my 20s, my peers took that statement for granted. Everybody ‘knew’ that belief in the supernatural was infantile. Everybody ‘knew’ that science had disproved the existence of the supernatural (which it can’t – human science is great, but can only investigate the natural world), and that religion was therefore, at best, a fun hobby to keep you entertained. Everybody ‘knew’ that the whole world would ‘progress’ to ‘evolve’ out of religion, into the peace and freedom of atheistic secularity. We all imagined no religion – it was easy when we tried, because of the wealth, comfort, and peace of the time: Australia in the mid-to-late 1990s (there, you can guess my age now).

Even the term ‘secular’ got quietly redefined. ‘Secularity’ used to mean accepting religion, and people’s religious scruples, but working hard to make sure no one religion was favoured in law and/or social prestige. The aim was to keep ‘religion’ as a matter of honest personal conviction and prevent religion from being a means to gain social and/or political power. Now, the term has a harder, intolerant edge. It’s come to mean purging all aspects of society of any and every conviction about the supernatural, and the censorship of any reference to divine authority. The Victorian ‘anti-conversion’ legislation is the best example of this to date.

We’re all familiar with the rapid decline of census Christianity, and rise of those who claim ‘no religion’. Phillip Jenkins, the famous analyst of social expressions of religion, has pondered the formative effects of secularity’s marginalisation of religion on individuals and societies. Barney Zwartz is one of many commentators who see the change as not being from religion to irreligion but from organised, historical religion, with dogmas and traditions, to self-constructed, self-directed spirituality.

But the question I want to ask here is – what’s happened to that dream of universal peace, harmony, and prosperity, which the progressive advance of secularity was supposed to bring about?

This 21st century has been a time not of peace, harmony, and unity, but of dis-integration. Over the last four years, we’ve watched the USA – the land of the free, the proponent and exponent of democracy – seethe with resentment against their own (democratically elected) president. We’ve seen deep race-based fractures exposed, and debates about those racial fractures cause further social fractures.

This descent into tribalism isn’t at all surprising. It’s the natural outworking of the kind of radical, atheistic secularity we take for granted today.

Over at TGCA, Akos Balogh recently pondered how cancel culture expresses our ongoing need to ‘atone’ for the ‘guilt’ of ‘sin’. A secularised society assumes there is no divinity who can supernaturally atone for sin, therefore forgive the real guilt which is the consequence of sin. Therefore, all ‘sin’, ‘guilt’, and ‘atonement’ become defined entirely within the natural operations of this world. Victims call on oppressors to atone for their sin of oppression through the ritual of the abject apology.

But in a secularised society, there is no final, authoritative, ‘divine’ basis for right and wrong. ‘Sin’ and ‘guilt’ can only be defined through human measures. So, there’s no finally authoritative basis for anyone to call someone a ‘sinner’ – or for that matter confess that they’re a ‘sinner’ themselves. Most of the time, we just follow the contemporary zeitgeist – the spirit of the age. But of course, that’s only what we believe to be right and wrong today. Tomorrow could be different, and what I virtue-signalled today could be used to cancel me tomorrow. But that’s okay, because all I must do is (1) reject the victim’s basis of claiming they’re a victim; (2) assert my own counterclaim of victimhood; (3) accuse the other person of being the real oppressor, and (4) demand that they apologise to me instead. After all, who are you to judge? How dare you impose your values on me? Who do you think you are – God or something? Apologise now, bigot!

And so we get what we see today: fragmentation, tribalism, anger, viciousness, resentment and suspicion, based on incommensurable value systems.

‘Religion’, broadly defined, provides a value system whose authority transcends human power or acceptance. God, the gods, or ‘the divine’ – however understood – have both more power, and more knowledge, than humans. God therefore has the right to tell us how to live well – because he knows us, the world that we’re in, and the good life in this world, better than we do. Submitting to his ‘law’ should be good for everyone.

The problem is that ‘theocracy’ – the imposition of divine rule as a society’s law – doesn’t lead to peace and harmony, but misery. As I write this, my news feeds are full of the news that the Taliban have conquered Kabul, and of the catastrophic suffering this will cause for vulnerable minorities – particularly women, children, and Christians. One year ago, the Turkish government converted the historically significant Hagia Sophia back into a mosque. It had originally been built as a Christian church; was repurposed during Ottoman times to be a Muslim mosque; then, under a tolerant, relatively secularised time of Turkey, operated as a secular museum. Its reconversion to a mosque is a sign of declining secularity, and increasing religious confidence, in Turkey. Even some expressions of (supposedly) ‘evangelical’ ‘Christianity’ have taken on elements of nationalistic pride which ‘sanctifies’ one’s nation or ethnicity, so that in practice you worship not Christ but your nation, ethnicity, or tribe.

And this is where Jesus is so refreshingly different.

Jesus is God – the incarnation, the unique manifestation in this world, of the one and only supernatural creator and ruler of the universe. He therefore has the right to ‘judge’. He has the right to ‘lay down the law’ – to declare final reality. His declarations – especially his recognition of binary sex, and of marriage being between one man and one woman – cut right across the autonomy, permissiveness, and hedonism we take for granted today.

But he did not come to ‘judge’ – he did not come to punish us for breaking his laws, but to die and rise to forgive us for that act of rebellion. Jesus is the true and final atonement for our real sins against God and each other, and for the real guilt which flows from that sin.

Christ’s gracious atonement gives our confession of sin a different character. Our confession of sin is not a grovelling apology which, in its self-abasement, seeks to retract the offence we have committed against a victim. It’s a real admission of wrong. And it’s an act of humility, yes. But we confess to someone who has already established that he cares for us even when we were still rebels. “God demonstrates his own love for us in this: while we were still sinners, Christ died for us!” (Rom 5:8). So, we confess, not with cowering, self-degrading fear, but with joy, confidence, and relief. Not joy at the sin, but confidence in the saviour, and with the relief that comes with being confident that he is ‘for’ us – he accepts us, he has goodwill towards us.

Christ’s real atonement of our real sin and guilt gives our public engagement a distinctive character. We can be simultaneously confident and kind – confident that God’s ways, his ‘laws’, really are good for everyone; but kind and gentle in our arguments for them, and in the way we apply them to ‘lawbreakers’. Because we are not saints who, from our own religious uprightness, are qualified to tell other people how to live. We are forgiven, reconciled sinners telling other sinners the joy of that reconciling forgiveness; we are beggars telling other beggars where to find bread.

Jesus is the judge, who has the right to judge. But on the cross, he is the judge judged in our place. In his name, let us seek to bring peace and harmony to a fractured, frightened world – a peace that flows from a simultaneous conviction of the goodness of God’s ways – his ‘laws’ – and the freedom that flows from his forgiveness of lawbreakers, ‘sinners’, like us.

* Kamal Weerakoon was born in Sri Lanka and migrated to Australia, with his parents, as a teenager. He is part of the ministry team at Gracepoint Presbyterian Church and a member of our committee.

Photo by Aloïs Moubax from Pexels