The suspicion of science 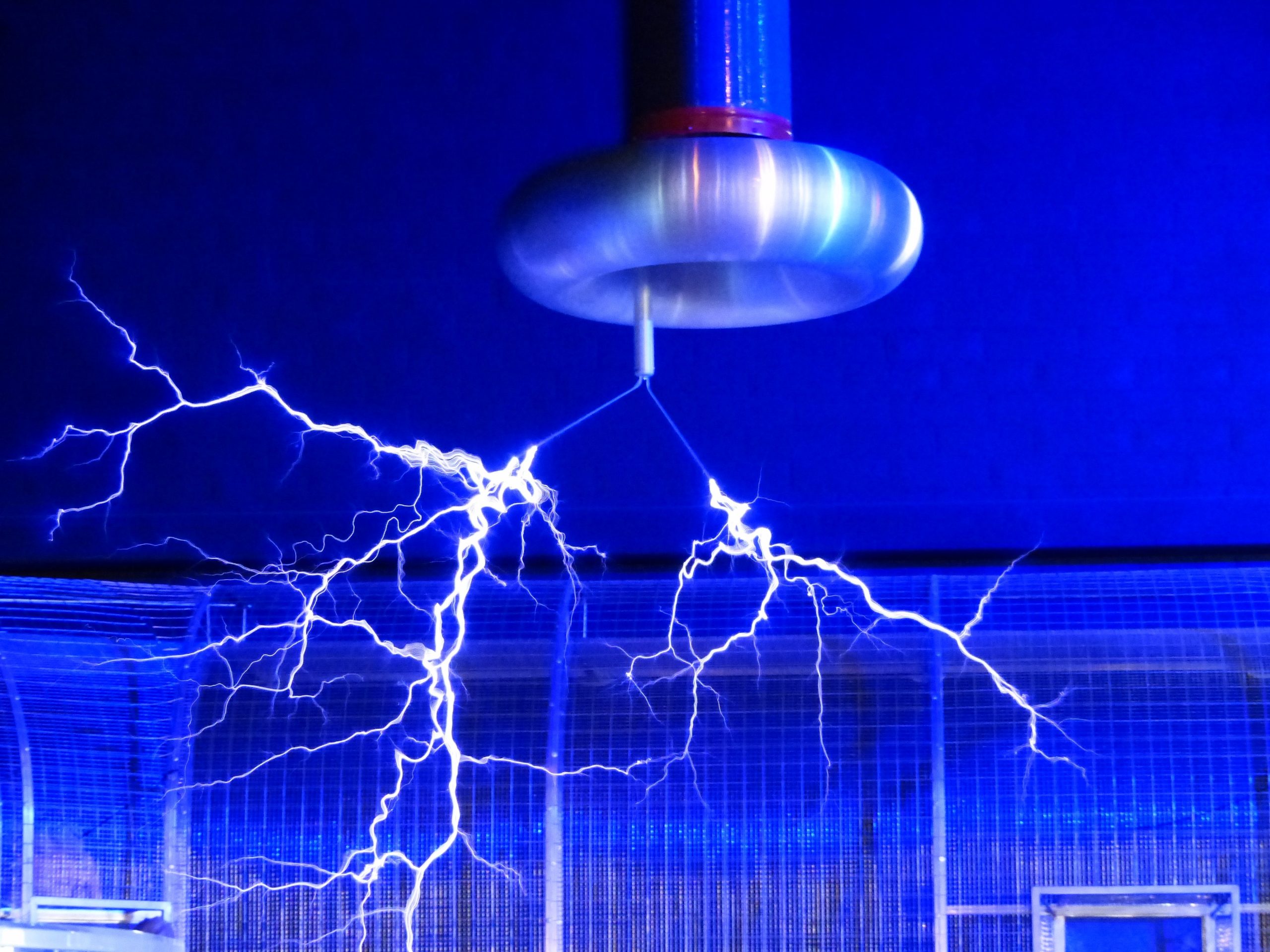 Suspicion of science has been growing since World War I showed us what its application, in the form of mechanised warfare, could do to the human body. Trust in science further plummeted after World War II because of the atom bomb. More recently, the fragmenting of society into tribes has led to selective appeals to evidence—amplified and legitimised in social-media echo-chambers where science is used as a weapon in the fight over other things; some deeply held belief about rights or freedoms or climate change or the minimum wage.

This post, written by GS&C committee member LEWIS JONES*, first appeared on The Gospel Coalition (Australia) website to coincide with National Science Week. It is an attempt to defend science; to argue that our suspicions have been misplaced and that we should see the scientific effort as a worthy attempt to understand the world God has given us.

Our Relationship to Creation and to Science

The first chapter of the Bible sets out the relationship between God and creation, God and humanity, and humanity and creation. God is the creator of, and sovereign lord over, all things, including human beings.

Humans, in turn, exercise a derivative authority over creation. Our purpose as human beings, made in God’s image, is to rule God’s creation under him (Gen 1:26-28). That simple fact gives us the clearest insight into how Christians ought to think about science. In order to fulfil our God-given purpose as human beings, we need to know how the world around us functions, and science is the preeminent source of knowledge on that front. Christians ought to be open to and encouraging of advances in science. The one God has both written the Scriptures and created the universe, so we have full license to assume the compatibility of those two sources of knowledge. We have nothing to fear from science. While sin, along with other human limitations, has made both the pursuit and implementation of scientific knowledge significantly more complicated, neither sin nor salvation has changed our basic stance toward science.

Within this broad principle, some Christians,along with many others, still suspect that science is hostile to the Bible and even hostile to human life. They might think that:

1. Science Conflicts with the Bible

To begin, remember one of our basic assumptions about the world; God both created the universe and wrote the Scriptures, so there should be no conflict between the truth about creation and God’s word in the Bible. Why, then, do we experience conflicts and what do we do with them?

The problems occur when we conflate science with creation or theology with the Bibleor both. If we imagine that our theology is without error and, hence, functionally equivalent to the Bible or that our scientific model of creation is perfect, then any conflicts we experience between the two must by definition be at a fundamental level and, therefore, irreconcilable; clashes, as it were, between what seem to be objective truths. It feels to us like a clash between what is obviously true and the superstition or atheism or stupidity of our opponents, when, in reality, it’s a clash between subjective interpretations.

When faced with conflicts, and I guarantee we will be, the best thing we can do is take a deep breath and remember that we might all be wrong. Scientists might be wrong; but we might also be wrong about what the Bible teaches. We need to take the time to listen to different opinions—on both the science side and Christian side. We need to pray that God would give us humility and discernment to know, not just the truth, but when we are too sure of the truth we think we know. The Bible’s warnings about the deceitfulness of the human heart (Jer 17:9) apply to both scientists and Christians.

The second category of suspicions revolves around scientists getting things wrong. Agreed. They do. As we just saw, scientists make mistakes like everyone else. Sometimes those mistakes are harder to get rid of because they are part of a wider theory.

But getting things wrong isn’t bad science; it’s the assumption of the entire enterprise! Scientists are always wrong—at least partly. The old model was wrong. The new model is wrong. The next model will be wrong. People who are interested in the truth will always be seeking to improve their models; hence, having to declare their previous model wrong in the process.

Every time you read a headline “Scientists wrong about coffee!”, there is a scientist squirrelled away in a research lab somewhere excited because he learned something new about coffee today. They have discovered a new piece of information about coffee and, in order to tell a coherent story about coffee that includes all the available data, they have had to alter the previous story. That’s just the nature of things.

How would you feel if every time you grew in your understanding of the Bible, the newspaper ran the headline “Christian gets it wrong again!”? How would it be if every time you improved your performance at work, you were in danger of being sacked because, clearly, you hadn’t been doing as well as you could have been?

We need to keep in mind that growing and learning is good. The changing of models in science is a sign of science working well, not an encouragement to suspicion. In fact, it’s almost the other way around. The longer a model hangs around without being improved, the more we have license to think science has stopped working because either the model is not being tested rigorously enough or there is internal sociological pressure to maintain the status quo. For example, the reason Pluto wasn’t demoted from planethood until 2006 is because astronomers were waiting for Clyde Tombaugh, who discovered Pluto, to die. Remember, science is never less than a human community, even as it is other things, as well.

The question we should ask is not whether coffee gets a good wrap one week and cops it the next, but whether, over time, the scientific picture of how our world works is leading to an overall improvement in the quality of life.

Has science led to a greater quality of life? If only the answer to that were more straightforward! There is no question that scientific knowledge has been used to cause suffering. This has happened all throughout history and it will continue to happen.

Most scientific research, however, is far removed from any actual technological application, and, hence, most scientists are as well. “E=mc2” is a long way from an atom bomb and even further from the decision to drop one on a civilian target.

Scientists, in other words, are neither ethicists nor policy makers. They work away at learning the truth about creation and, thereby, improving the models we have to describe it. The problem occurs largely with those who make use of that knowledge. To put it bluntly: scientists don’t kill people, politicians kill people.

What do we do with the fact that some of the world’s most vocal atheists are scientists who say that science supports their belief that God doesn’t exist?

Let me respond to this with an analogy. I enjoy playing in an indoor soccer comp at the university. I love playing soccer, but I signed up primarily because it was a way to enforce some exercise. Other people on the team signed up because they wanted to win the comp. The thing is, though, when we’re playing, two things are true: we are all striving toward the same goal and we all have to compete according to the same rules. Our motivation for joining the comp is irrelevant while we’re playing.

Science is like that. Everyone comes from different backgrounds with different motivations, but the goal is clear, make a better model of the universe. If, as is the case in every community, some individuals take liberties from time to time and bend the rules in their favour, we trust that the action of the community overall will iron out those anomalies over time. No community is perfect, but the scientific one isn’t any worse than any other.

When we are tempted to be suspicious of science, whether it be guilt by association, the evil done with our scientific knowledge, the ever-changing pronouncements from scientists, or the conflicts we experience between scientific and theological interpretations of creation, let’s remember what science mostly is. It’s people who are all operating under the same set of limitations as you are yourself: a created finitude and a sinful brokenness. Approach the call to suspicion with a humble questioning of yourself and a recognition that conflicts and uncertainty is simply the nature of knowledge in our subjective world.

Lewis Jones ministers on university campuses with AFES, leading the Simeon Network, a network of Christians working in academia. He holds a PhD in astrophysics and a degree in theology from Moore Theological College. Lewis is a member of the Gospel, Society & Culture Committee of the Presbyterian Church of NSW and serves on the UNSW Human Research Ethics Committee. He is married to Jenny, has three children, and is a member of Randwick Presbyterian Church.

This blog is published with the permission of The Gospel Coalition (Australia) and first appeared on the TGCA website.