A response to The Ezekiel Declaration 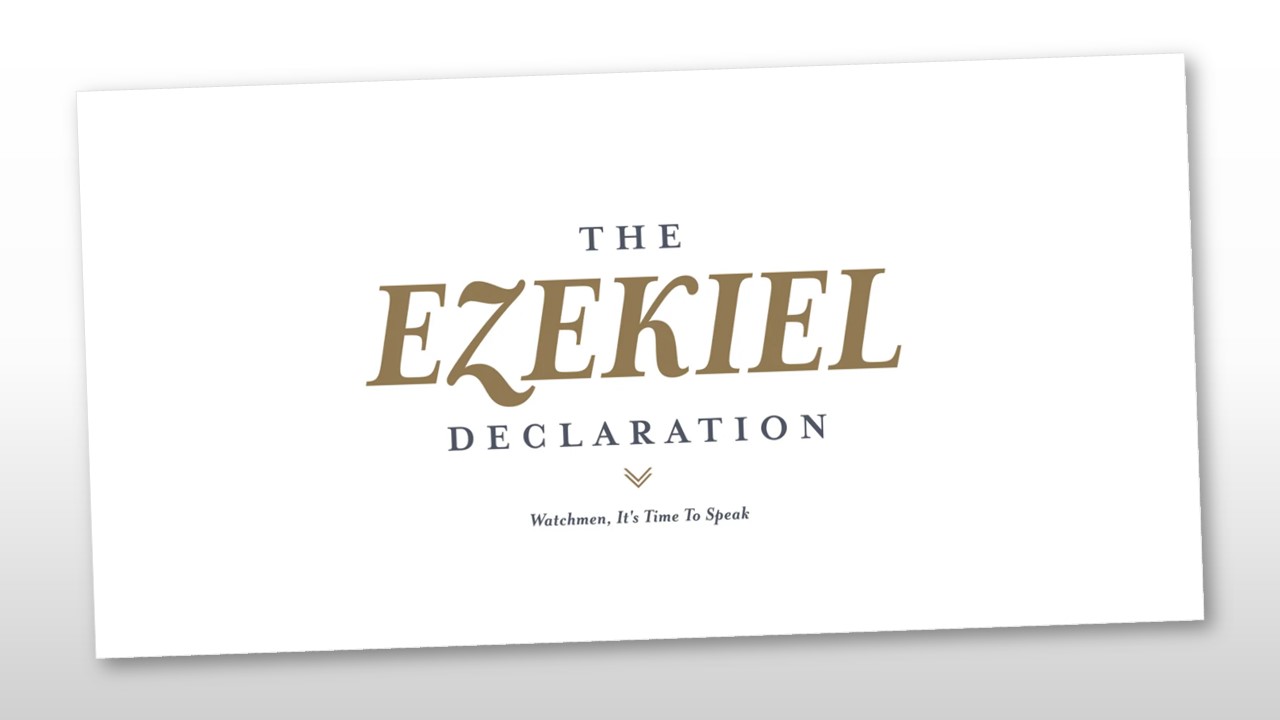 This statement is presented by the Gospel, Society and Culture Committee of the Presbyterian Church in Australia in NSW and the ACT. It is the view of the Committee, not an official position of the Church. Click here for a PDF version of this response.

In the last week, ministers, elders and members of the PCNSW have signed the Ezekiel Declaration (click here). The Declaration is directed to the Federal Government in opposition to Vaccine Passports and their being required for churches.

We share the concerns of the signatories that a Vaccine Passport could be unfair and may discriminate against people who are unable to access vaccines or have a conscientious objection to them. We commend the concern for the common good, for freedom of religion and for the glory of Christ which seem to be the primary motivation of this letter.

While sharing these concerns, we cannot sign the Declaration because elements of it are inaccurate and therefore may damage the church and her witness. We set out here our most serious concerns about the Declaration.

Our greatest concern is that while arguing against Vaccine Passports the Declaration perpetuates untruths about the COVID vaccines themselves.

The Declaration implies that the COVID vaccines are experimental, asserting that they are a “clinical trial”. In doing so, it quotes a statement from Health Minister Greg Hunt given in February 2021. The Minister was speaking about the trials prior to the approval of the vaccines not about the current vaccination program. The Declaration not only misconstrues the Minister’s words, it misrepresents the status of the COVID vaccines and may serve to increase vaccine hesitancy.

The Declaration asserts that “vaccines do not prevent infection”, on the basis of a CDC report about infections in Massachusetts in July. The Declaration fails to note the comment in the report that the data was “insufficient to draw conclusions about the effectiveness of COVID-19 vaccines”. The 4 vaccinated cases which were hospitalised, represented only 1.2% of vaccinated cases. Based on statistically significant samples across the whole population of the USA, the CDC found that the unvaccinated are five times more likely to get infected, 17-29 times more likely to be hospitalised, and 25 times more likely to die once infected.

The COVID vaccines are remarkably effective and safe. The medical case for almost all adults receiving them is compelling. It is likely that a similar case will be clear for children in coming months.

The inclusion of untrue claims about the safety and efficacy of the vaccines as part of an argument against Vaccine Passports is unnecessary. It risks misleading people, to the detriment of individual’s health and the common good. It also damages the witness of the church by presenting untruths on an issue which is currently the greatest public concern.

Conflation of concerns about lockdowns and Vaccination Passports

Vaccines may make it possible for vulnerable people with underlying conditions to return to normal life. Without vaccines these people would face perpetual lockdown.

The Declaration claims that Vaccine Passports coerce peoples’ consciences by forcing them to take a vaccine against their will. Yet it is not clear that this is so.

Firstly, most objections to COVID vaccines are not a matter of conscience. Some Christians have a conscientious objection to vaccines because of the use in their development of cell lines derived from aborted fetuses. This is not raised in the Declaration, which rather refers to those who “do not feel that we have all the information necessary to make a decision on this vaccine at this point in time” and are acting on a “principle of wisdom”. This is not an objection which is a matter of conscience, but of practical judgement and preference.

Freedom of conscience is too important to conflate it with judgments of risk and personal preferences, especially when the evidence for the efficacy and safety of COVID vaccines is overwhelming.

Secondly, it is not clear that Vaccine Passports constitute coercion. There are no details yet available about what limitations a Vaccine Passport scheme would bring. It is not clear that unvaccinated people would be prevented from participating in most parts of daily life. The disadvantages for those who have not received a vaccine could be unfair or unreasonable. That is an issue to be considered when we have more information about the details of any proposed scheme. Those proper concerns do not mean that a vaccine passport scheme is coercive.

Sadly, the Declaration fails to acknowledge that governments around Australia have had to make difficult decisions in a complex situation. Those of us not involved in these decisions may perceive them to be unfounded or unwise. Almost all parties admit that there have been some poor decisions. Yet, most of us are not informed about all the factors which have been taken into account in public health decisions. The Declaration fails to express thanks to politicians and public servants who have faced and continue to face immense pressure as they seek to serve our community. We do not have to agree with all their decisions in order to be thankful for those attempting to lead us through a difficult crisis.

We affirm that the issues raised by the Ezekiel Declaration are genuine concerns. Vaccine Passport schemes raise complex questions about discrimination, conscientious objection and the future of church gatherings. These questions should be addressed with a measured response in light of accurate information.

The G,S&C has produced a significant body of work since the beginning of 2020 to help Christians navigate the pandemic. The work includes covers medical, pastoral and counselling and theology, apologetics and culture. Click here for an index that pulls together the resources in an easy-to-find format.