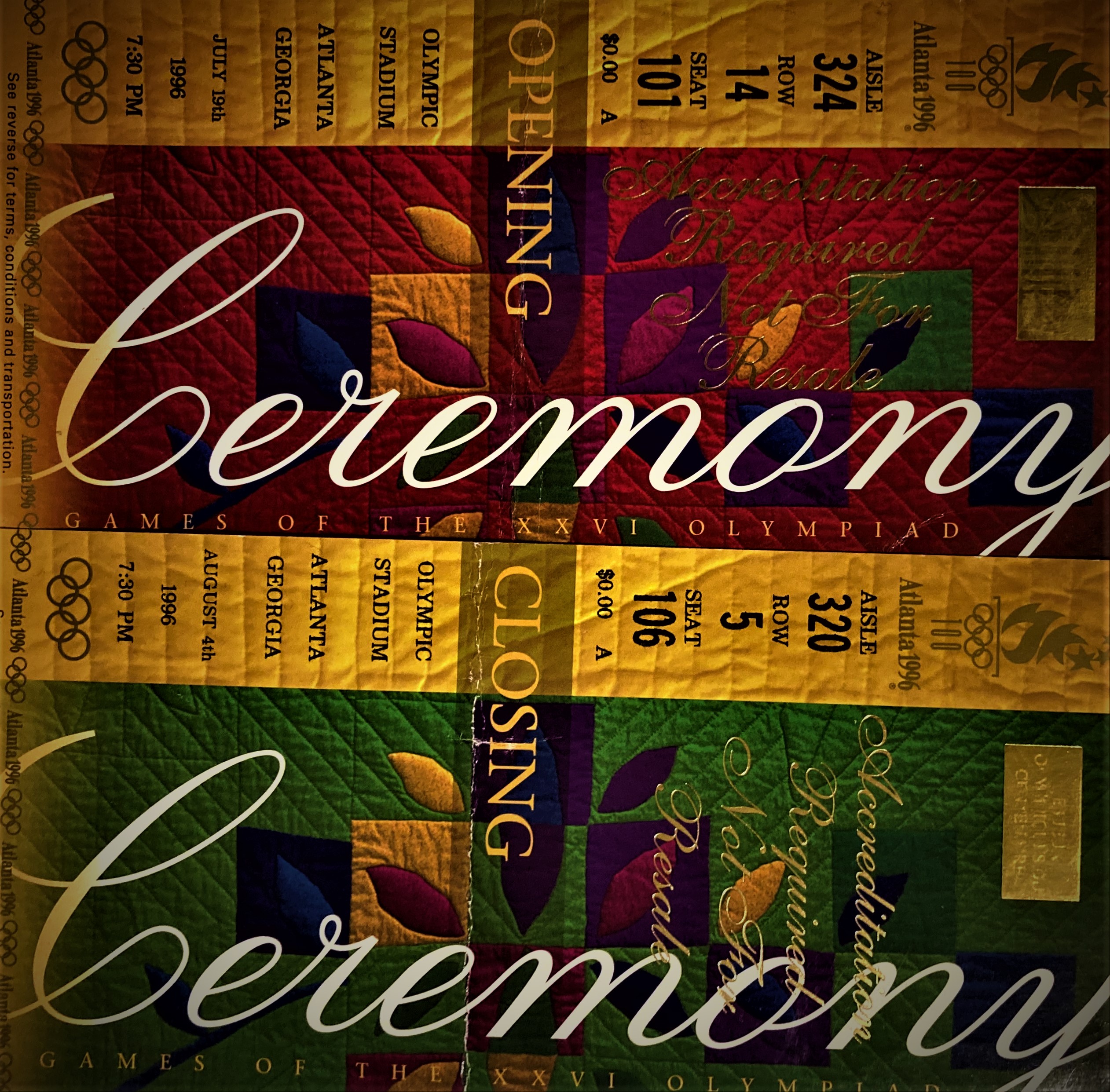 The Olympic Games, a wonderful example of athletic endeavour, also reveal our inescapable religious tendencies to worship something. PETER CHRISTOPHER* reflects on opening ceremonies and idols.

The Olympic Games have been important to me for two reasons. First, I’m of Greek background – my name isn’t actually Christopher – it’s Christoforatos. Greeks invented the Olympic Games. So, to me, it doesn’t matter that Greece always comes a fair way down the medal tally. If not for Greeks, there wouldn’t be any medals to tally in the first place! Ζήτω η Ελλάς – long live Greece!

The second and more serious reason is that in my career as a journalist, I was involved in the Moscow (1980), Los Angeles, Seoul and Barcelona Olympics as an editor and sub-editor, and then led the Fairfax Media coverage of the Atlanta and Sydney Games. I enjoy sport in all its forms.

So excuse me if I feel disappointed with the way this year’s Tokyo Games are panning out. They are a shadow of what they should be. No amount of spin from the International Olympic Committee, the sponsors, or supporters who have invested billions of dollars will change the fact that these are the “Iso” Games.

No crowds but big ratings

There won’t be any feel-good crowds like in Sydney, athlete camaraderie, parties or antics. Tokyo will be devoid of the adoring people whose voices drive, encourage, commiserate and congratulate the runners, jumpers, throwers, climbers and even skateboarders. And while it’s important that the athletes realise the fruits of many years of training, the commercial imperative – and potentially the future design of the Olympics – ultimately demanded that the Games go ahead. Samsung, Coca-Cola and Toyota sponsorship contracts were signed a decade ago. Merchandise was ordered, manufactured and delivered. And only the most rabid collector would want a product souvenir if the event didn’t happen.

Regardless of all this surrealness, Covid lockdowns will almost certainly lead to record viewer ratings for the two weeks – at least in Sydney and Melbourne as we try to beat boredom. The Olympic saturation coverage will add to the seemingly endless hours we spend watching Netflix, Stan, Binge, Kayo, Prime, Disney+ etc. We’ll all be trying to outdo each other in going citius, altius, fortius (faster, higher, stronger) in our own private viewing marathons.

My first ‘live’ Olympics as a journalist – Atlanta 1996 – were dubbed the Coca Cola Games because of their brazen commercialism (Coca Cola’s headquarters is in Atlanta). However, what stood out for me was not the turbo marketing. It was the ‘religiousness’ of the opening ceremony. TV doesn’t do justice to the solemnity and ritual that stands out when you’re in the cathedral of sport.

The quadrennial Olympic ‘church’ service begins months earlier in Olympia in Greece, where white-gowned ‘priestesses’, full of reverence, light the ‘eternal’ flame that eventually travels through the host nation and into the stadium temple where the cauldron is lit. The theatre of an opening ceremony is wonderful.

The entry of the god-like, fast and furious athletes, is always greeted with wild applause as the crème de la crème of sport parade and preen. Then follows the peace offering – the ‘symbolic’ release of doves followed by the raising of the Olympic flag to the Olympic hymn which features words like:

Whose beacon lights our way

Emblaze our hearts with the fires of hope

On this momentous day.

So as I thought back to how I sat there in the Atlanta summer heat, packed into the stadium with 85,000 other people (remember those days?) – I thought about how sports can become an idol.

We’re no different. We scientific, technological people tend to laugh at the danger of idolatry because we think idols are limited to statues. But the thing with idols is – they’re subtle. They grab you by stealth. And they always trade off something good and familiar which metastasises from being a good thing to being the main, the only, thing.

God wants us to enjoy sports. The New Testament uses sporting metaphors in 1 Cor 9:24-27, Phil 2:16, 2 Tim 4:7 and Heb 12:1 (might the Apostle Paul have been a Greco-Roman wrestling fan?). Excellence is part of human endeavour. Our God created a wonderful world for us to explore and to enjoy to the fullest. But we enjoy it best when God is in our midst. The writer of Ecclesiastes reminds us that without God, “everything is meaningless”, “utterly meaningless” (Eccl 1:1)!

Eric Liddell was a Scottish athlete (the Flying Scotsman!) who competed in the Paris Olympics in 1924. His story featured in the Academy Award-winning film Chariots of Fire. He was a devout Christian who famously refused to compete on a Sunday, because he conscientiously believed that God had decreed Sunday to be the “sabbath” – a day set aside from earthly labour which was to be spent worshiping God. And so he changed events. Instead of competing in his favoured event of the 100 metre sprint, he competed in the 400 metres, which was held on a weekday – and won the gold medal.

A marathon we can all pursue

“God made me fast. And when I run, I feel his pleasure.”

But not many people know what he went on to say:

“It has been a wonderful experience to compete in the Olympic Games and to bring home a gold medal. But since I have been a young lad, I have had my eyes on a different prize. You see, each one of us is in a greater race than any I have run in Paris, and this race ends when God gives out the medals.”

Eric Liddell’s parents were missionaries in China. After achieving Olympic success, Liddell went back there as a missionary himself.

The way to avoid idolatry is not to avoid everything that gives us pleasure. If we do that, we’ll end up being joyless, thankless, boring people who repel others from Christ. No – the way to avoid idolatry is to vigorously and publicly worship God with everything he has made us to be. Including (especially?) the things that give us joy and pleasure and relaxation in these boring, stressful, lonely times of Covid lockdown.

So, when you’re enjoying the Olympics coverage over the next couple of weeks; as you watch those incredibly powerful, strong, fast, flexible people – those ‘gods’ of sport – ask yourselves this question. How can we all excel in offering our whole selves to God as living sacrifices (Rom 12:1)? How can we all go faster, higher, and stronger in worshiping Jesus – in the particular ways he has shaped and formed us? There’s a marathon we can all pursue.

*Peter Christopher (aka Christoforatos) and Kamal Weerakoon are members of the Gospel, Society and Culture committee. Peter has been a journalist for 40 years. He serves as an elder at Ashfield Presbyterian Church.

*Kamal Weerakoon worked as an accountant before becoming a Presbyterian Church minister. He is particularly interested in issues related to commerce, economics, sexuality, and politics. He was born in Sri Lanka and immigrated to Australia, with his parents, when he was a teenager. He is currently pursuing a PhD in ministry to immigrants.