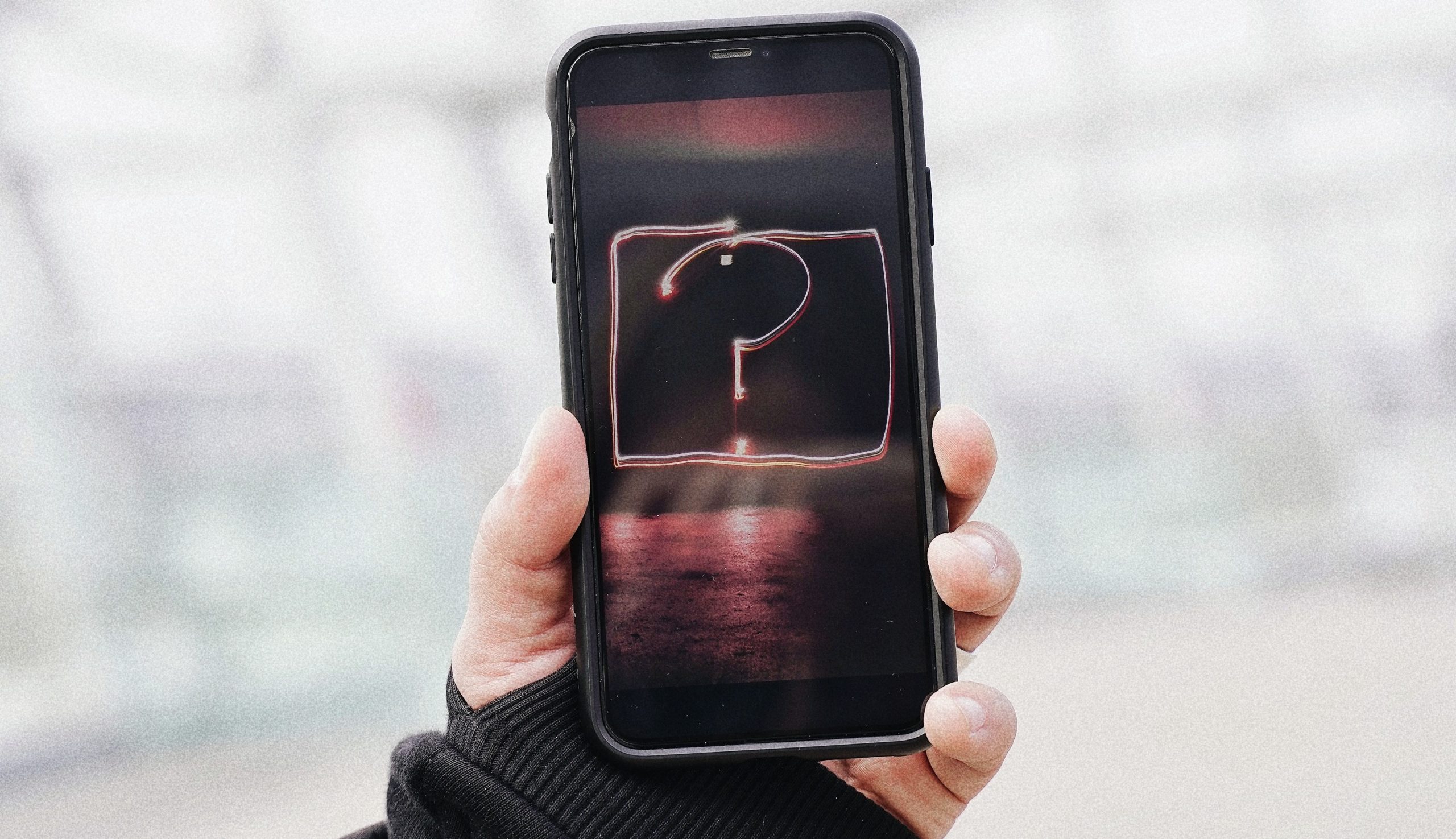 This fourth report from our survey provided opportunity for respondents to tell us what strategies their church used that were helpful in navigating the pandemic, as well as aspects they still found challenging.

Helpful ways that the Church has been supportive

More than 2700 comments were received from the first 800 respondents. A thematic analysis was used to identify the supportive strategies that the respondents valued. A summary of the frequency of the themes is visually represented in the figure below.

When interpreting visual representations of thematic analyses, it is useful to remember that the themes that emerge are identified because they were specifically mentioned, and that some themes may overlap with others. For example, it is likely that those who identified Zoom as helpful could be referring to online church, small groups and bible studies or simply as a means of having ‘face-to-face’ conversations.

Similarly, those people who flagged phone calls could be referring to phone calls with several people in different roles including their minister; these should then be regarded as effectively more valued than the percentage indicated. Where specific mention of a person/role was made, this was categorised separately to highlight its perceived value, i.e. minister’s phone calls. 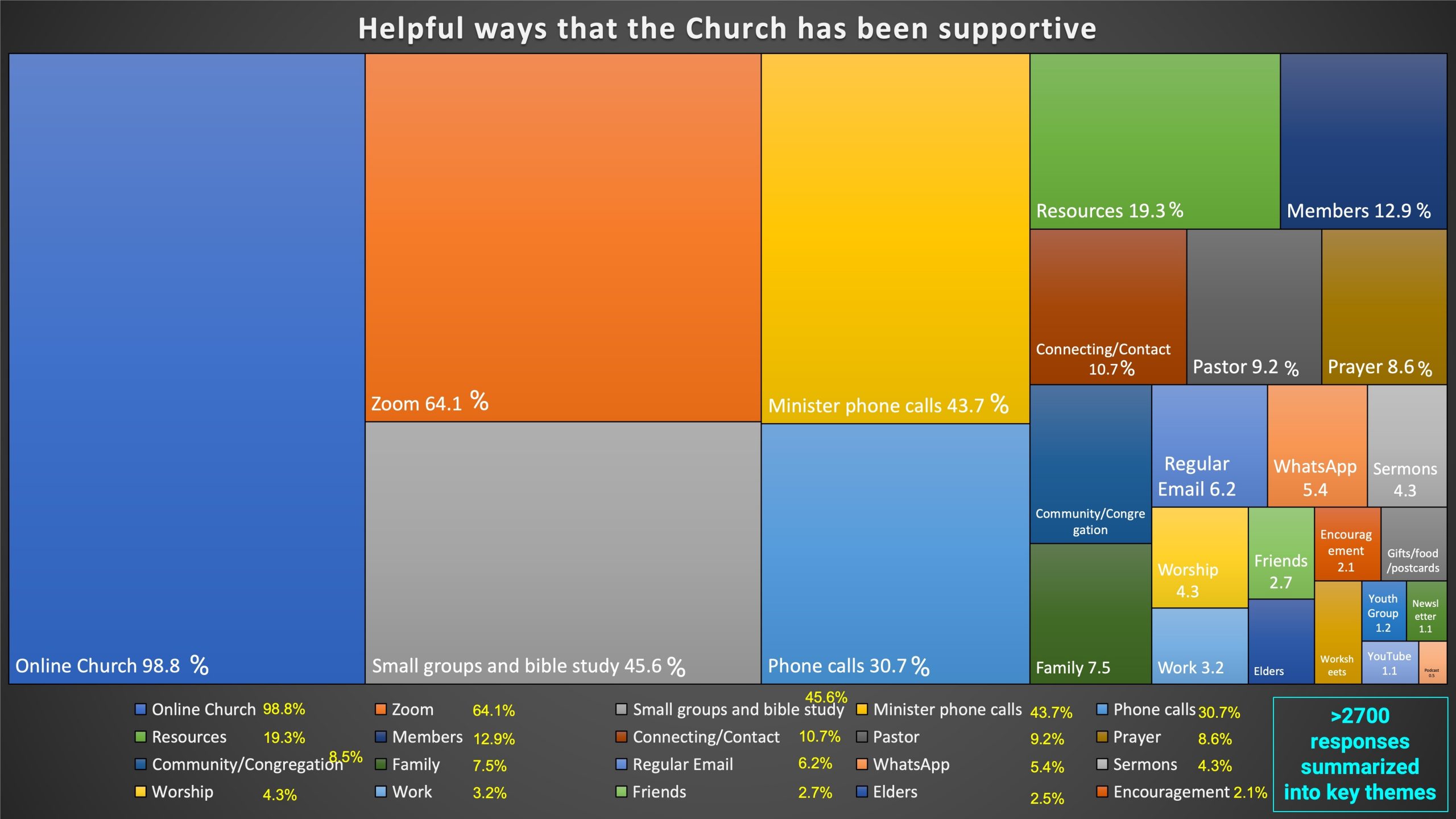 Figure: Helpful Church Strategies. Visual representation of thematic analysis of >2700 responses about helpful strategies churches used to support people during the pandemic.  The size of the coloured block is indicative of the number of people that specifically mentioned this theme.

More than 1500 comments were received from the first 800 respondents on areas where either information, resources or discussion was required. A thematic analysis was used to categorise these comments.

These are colour-coded in the figure below. In general, respondents identified a need for practical resources and training (orange), discussion on approaching decisions (blue), information on the virus and vaccines, and a theological lens on the current and imminent issues (yellow). 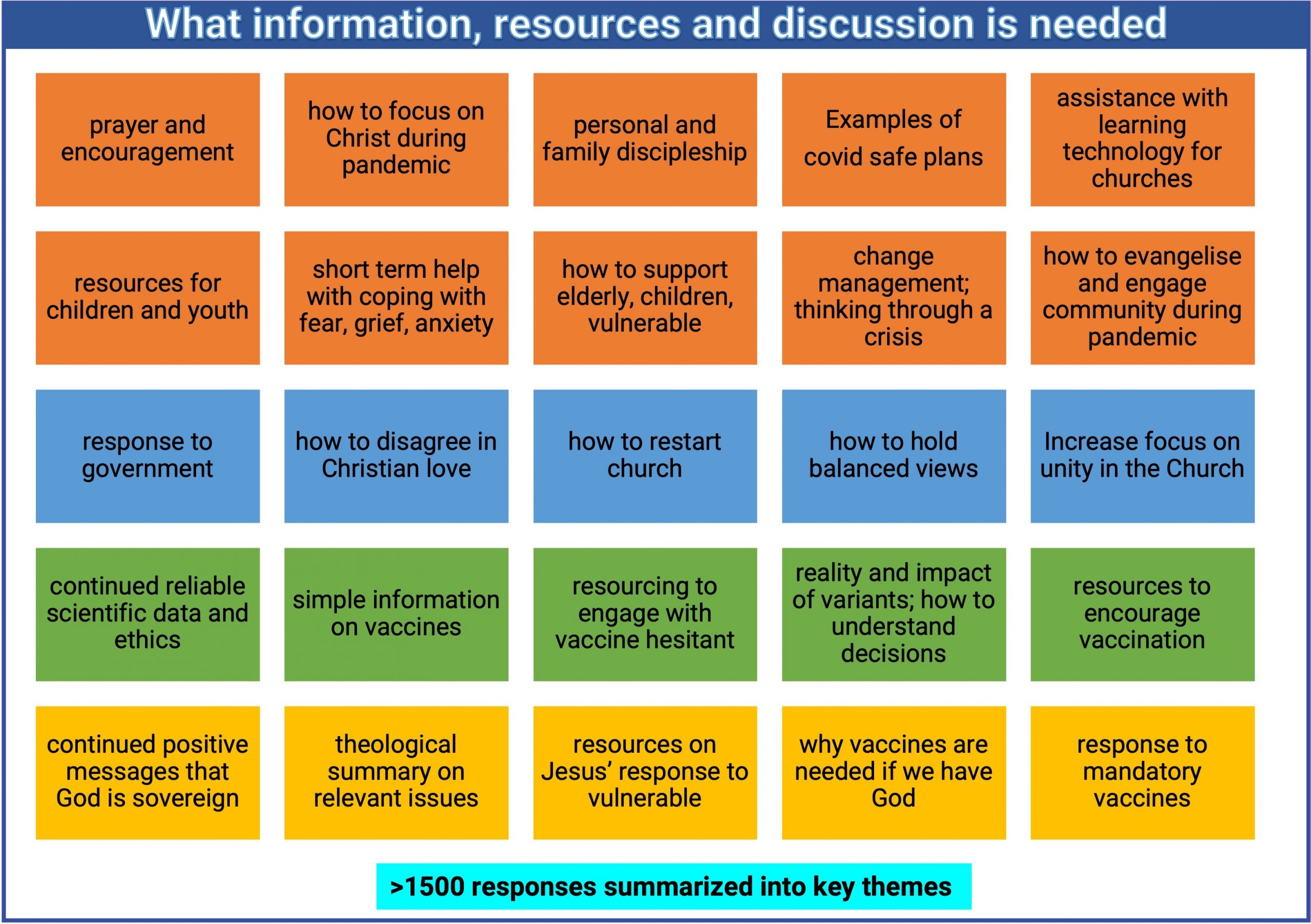 Photo by Olenka Sergienko from Pexels

*Limitation of the Survey

Surveys are a reliable and efficient means of measuring sentiment, challenging/validating assumptions, obtaining opinion and monitoring change over time. They are frequently used to inform local debates and decisions, and to measure impact and support of policies and initiatives. They can also provide evidence to determine appropriate initiatives.

However, as with all methods of data collection, surveys have limitations. We have summarised a few key limitations here but are also aware that there may be others.